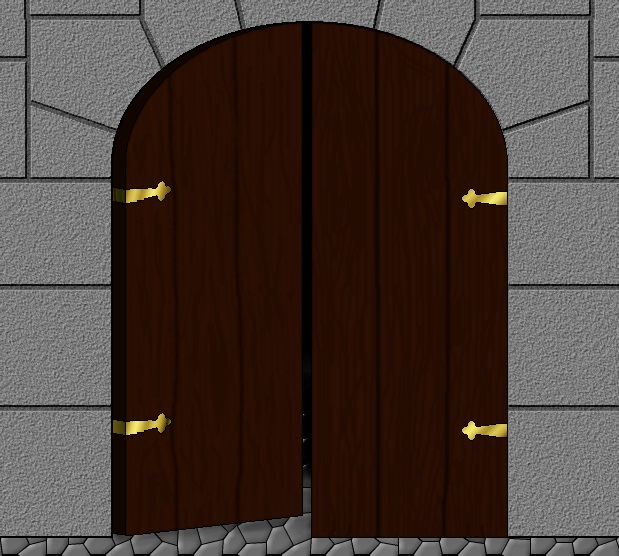 Radical giving this month will pave a golden path into the New Year by raising profound expectations on the storehouse of heaven to provide an overabundance of Kingdom provision in 2019. If you have been seeking keys to open doors that were locked in 2018, take head to this word from the Lord.

If you have asked, knocked, and sought the Lord, and wondered why the doors that lead to the places He had promised to take you in 2018 have remained shut to you, there are simple principles, keys in His word, that you may have overlooked. If you had hoped to be given a supernatural revelation that would swing open the doors of destiny that have been formerly sealed to you, but ignored the key principles that our Lord laid out as a road map for His heirs to activate His power and provision in their lives, then December is the month for you to turn things around and get set on the path to victory for 2019.

December is a pivotal month of the shifting perspective, and a transitional month for personal preparation in order to position for promotion, provision, and purpose progression in 2019.

Many have sought out teachings that tickle the ears, and blow glitter in their eyes, preferring to ride the rollercoaster of hopes raised, and hopes dashed, then to obediently climb the slow and steady trek to spiritual heights in the Lord. Promises made, and promises undelivered have been the 2018 diet of those on the wide path. Those that heard the word and received its promises with gladness, but refused to do what was required to see those promises come to pass in 2018, will be given new opportunities to turn their lives around in 2019 in a major way.

God has not left His remnant without clear instructions on how to power up under the pressures of life while continuing to produce the fruitful goods.

God has written the program of life in concise code, a bug free code that does not crash or catch the same viruses that those that are operating their lives on a program written in faulty code. God has designed specific inputs, that will 100% of the time, create specific outputs. Righteousness, peace, and joy and all else that is needed to live a victorious life in the Holy Spirit are for all of those that seek first the Kingdom and the righteousness of God.

‘But be doers of the word, and not hearers only, deceiving yourselves. For if anyone is a hearer of the word and not a doer, he is like a man observing his natural face in a mirror; for he observes himself, goes away, and immediately forgets what kind of man he was. But he who looks into the perfect law of liberty and continues in it, and is not a forgetful hearer but a doer of the work, THIS ONE WILL BE BLESSED IN WHAT HE DOES.’ -James 1:22-25

Those that have been pressing in with the Lord in 2018, sowing generously of their time, talent, tenderness, and treasure, while only seeing small movement and growth in 2018 will be going into 2019 with an unprecedented momentum for their purpose’s fulfillment. Many people have been cultivating some of the various fields of their lives: work field, mission field, family field, community field, financial fields, health fields, and so forth. For these people, 2019 will be a year of the various fields of their lives coming into a greater degree of balance. The addition of heaven’s resources that had been closed in 2018 will be opening up in 2019. The scales of justice have been weighed in the courts of heaven, and things are tipping in favor of mass production and growth in the lives of those that by persistence and diligence have applied Kingdom principles, found in the word of God, to their lives. Those people that are walking by faith, in obedience, should be expectant entering into 2019 for God to bring balance and justice.

There is a powerful anointing on the month of December for giving as the church around the world celebrates the greatest gift that was ever given. The spirit of giving will flood the hearts and homes of God’s children.  Be careful not to just have a limited ‘me and mine’ type mentality to giving. Even the world gives to those they are in close relationships with!

December has a seed faith anointing on it to give into the work of the Kingdom of God being spread. As you give into the lives and ministry of those anointed to spread the Kingdom in your lives and the lives of others your seeds of time, talent, tenderness, and treasure, you plant seed for the Kingdom of God to be expanded through your lives in a major way as well. When you sow into helping God’s plans succeed in the lives of others, you will reap a harvest of God’s plan succeeding in your life as well.

Giving on a scale that requires great faith, activates the great faith that will be needed to receive the great expectations you have on 2019. If you want to see the Lord bring a mighty harvest in your life in 2019, sow generously and courageously; sow obediently.

‘Make no mistake about it, God will never be mocked! For what you plant will always be the very thing you harvest.’ -Galatians 6:7 TPT

“Give, and it will be given to you. A good measure, pressed down, shaken together and running over, will be poured into your lap. For with the measure you use, it will be measured to you.” -Luke 6:38

As we enter the new year, those that are wise will lay out specific, measurable, attainable, realistic, and time-oriented goals for the year 2019. The wishful thinkers that refuse to plan and prepare, need not be surprised when their good intentions are carried away like chaff on the wind day after day, week after week, and month after month, with little or no produce to show at the end of 2019 for their good intentions.

Co-create with God by planning with joyful vigor, and planting with great courage in December 2018 and watch how the Kingdom of God expands like yeast in and through your lives in 2019.

‘Commit your works to the LORD, and your plans will be achieved.’ -Proverbs 16:3

Are you believing for miracles to happen in and through your life? I mean truly believing?

Kingdom people should walk every day with the expectation of miracle working power creating bridges, unlocking doors, pouring out provision, restoring what is lost, healing what is wounded, and mending what is broken.

When you have faith for the impossible to enable you to do God’s will, you live with peace and joy; with miracle working faith, radical giving is the norm. When you believe God is who He says He is, and will do what He says He will do, you aren’t holding back your affection based on the perception that your needs aren’t being met, you won’t hoard your finances out of fear of future lack, you won’t settle in with mediocrity, and you won’t go around endlessly mourning over what has been lost.

Stir up your faith in God to come through for you in peculiar ways! Release your need to control, and set aside your human preferences, realizing that God knows you better than you know yourself, and He knows exactly what is needed in any given situation to bring about His greatest glory and your greatest good.

Expand your capacity to receive, by expecting radical obedience to produce radical results. Stop fiddling around on the sidelines of life out of fear of deep surrender; go all in. Give God your very best, not just what is left over, or what you can give without involving miracle working faith.
If you are one of God’s surrendered ones, expect miracles every single day. The only thing that is standing between you and your supernatural breakthrough is a lack of faith. Want greater faith? Ask for the gift of faith, and grow your faith fruit. Miracle working faith grows in the good soil of a heart that is radically surrendered, consistently obedient, and that gives selflessly.