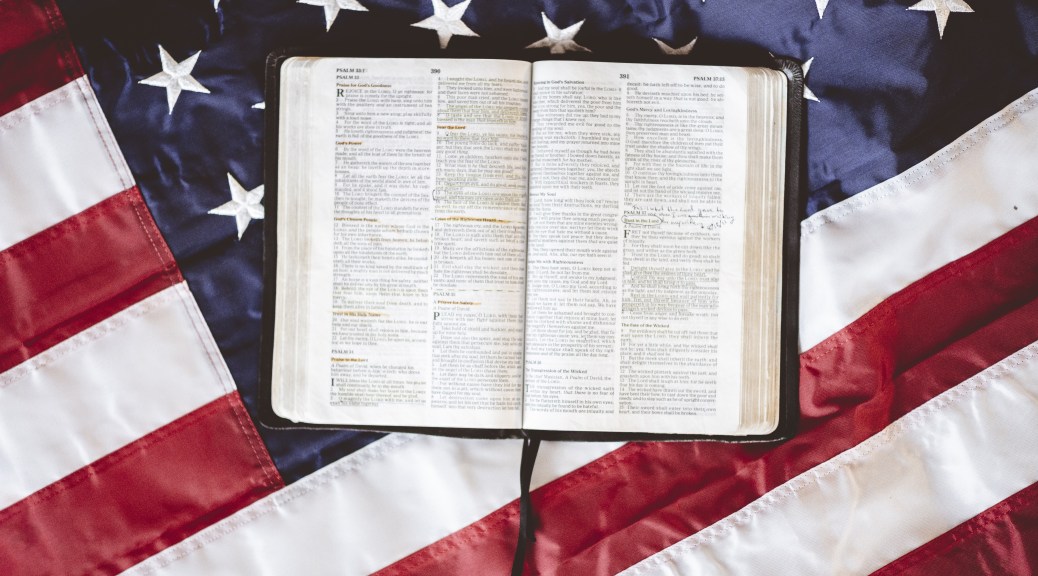 Christians, particularly Christian leaders, that are championing a type of Christianity that isn’t supposed to expose evil- particularly in governmental systems that left unchecked will affect every believer’s freedom to preach the pure, unadulterated gospel of Jesus Christ- are more likely more concerned with money, position, and follower/attendance than they are about how God really moves in the affairs of this world, and what is required of them.

This last year has exposed those churches and church leaders that were already going with the flow of the world’s systems to those with eyes to see. Leaders that aren’t willing to confront the sin in those they are leading for fear of losing their support, or for any other reason, aren’t prepared or equipped to confront the evil and corruption that is moving to flush America down the drain. The moral decline of this nation is snowballing at record speed! It is sad and pathetic any believer that just shrugs it off and sighs, ‘Well, what can I do.’ While plopped in front of their TV willingly partaking in the brainwashing of the masses through all types of demonic media, music, and ‘entertainment.’ It’s no wonder many don’t know how to hear from God. Their eye and ear gates are polluted and clogged.

I’ve lost some friends this year, and unfollowed a few of the already small handful of Christian leaders I had been following on social media because I am determined to move into new realms of glory and be united with those that hold nothing back from Jesus. I won’t follow someone I don’t respect, and I can’t respect a leader who is unwilling to get their hands dirty by speaking out against the demonic agendas that have gained a stronghold over our great country.

People denouncing nationalism must forget that God has always been a God of boundaries and borders, a God that gives His people territories and authority to impact those territory with His Kingdom agenda. He assigns people to places and expects us to steward the territory to which we have been assigned. God has a purpose for America. It is prosperity, and was designed by His hand to be a launch pad for people and resources to go out to the nations around the world, as well as to be a military cover for Israel and other parts of the world from wicked agendas that plot to steal people’s freedom and liberty. Yet we have handed ourselves over to bondage of our own volition by serving the same idols that the world holds in high esteem- even within many of the churches. We can’t liberate anyone while bound and blind ourselves.

We must focus on bringing in the great harvest in America, discipling converts to walk in integrity and in His righteousness AND training people on how to be involved with the WHOLE cause of Christ to set captives free. God has used His people throughout history to dismantle demonic principalities over nations and regions and He is not stopping now.

There are clusters of deep wells, powerhouse places, sold out, committed followers that want nothing more than to please the Father. If you aren’t connected with people or groups like this, check your current connections and where and to who you are sowing your time, talents, and treasures into. Unplug and unpartner with those that refuse to grow and watch God lead you to deeper wells and connect you with like-minded people. Often the issue is we are stuck ourselves in a lack of surrender so we chose comfortable people that are themselves unwilling to move. When we change, when we let go, when we let God lead and chose for us, we will be supernatural power conductors in the earth lighting up the world with the light of Christ. We will be supernaturally connected to other wells that have dug deep and tapped that same flow of Holy Spirit power and intimacy, and we will shift atmosphere and regions for Christ.

Move away from people that have a defeatist attitudes and just passively hand their families, kingdom inheritance, and God ordained territories over to the enemy while waiting for Jesus to come rescue them from the mess. He is coming back no doubt, but until that time He has called us to go and be His hands and feet in the earth. He has sent us to rescue others and pray and believe for His will to be done in the earth as it is in heaven.